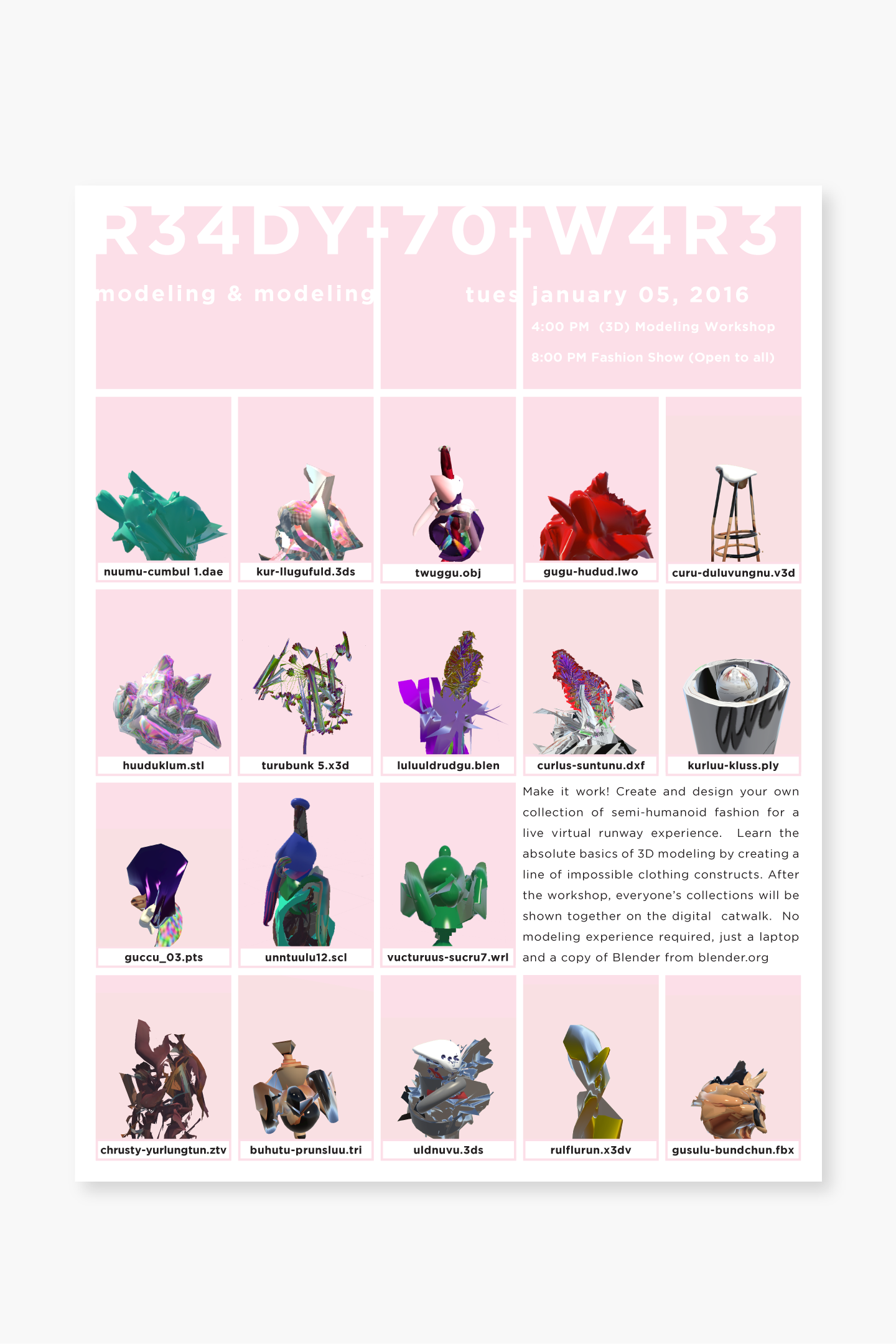 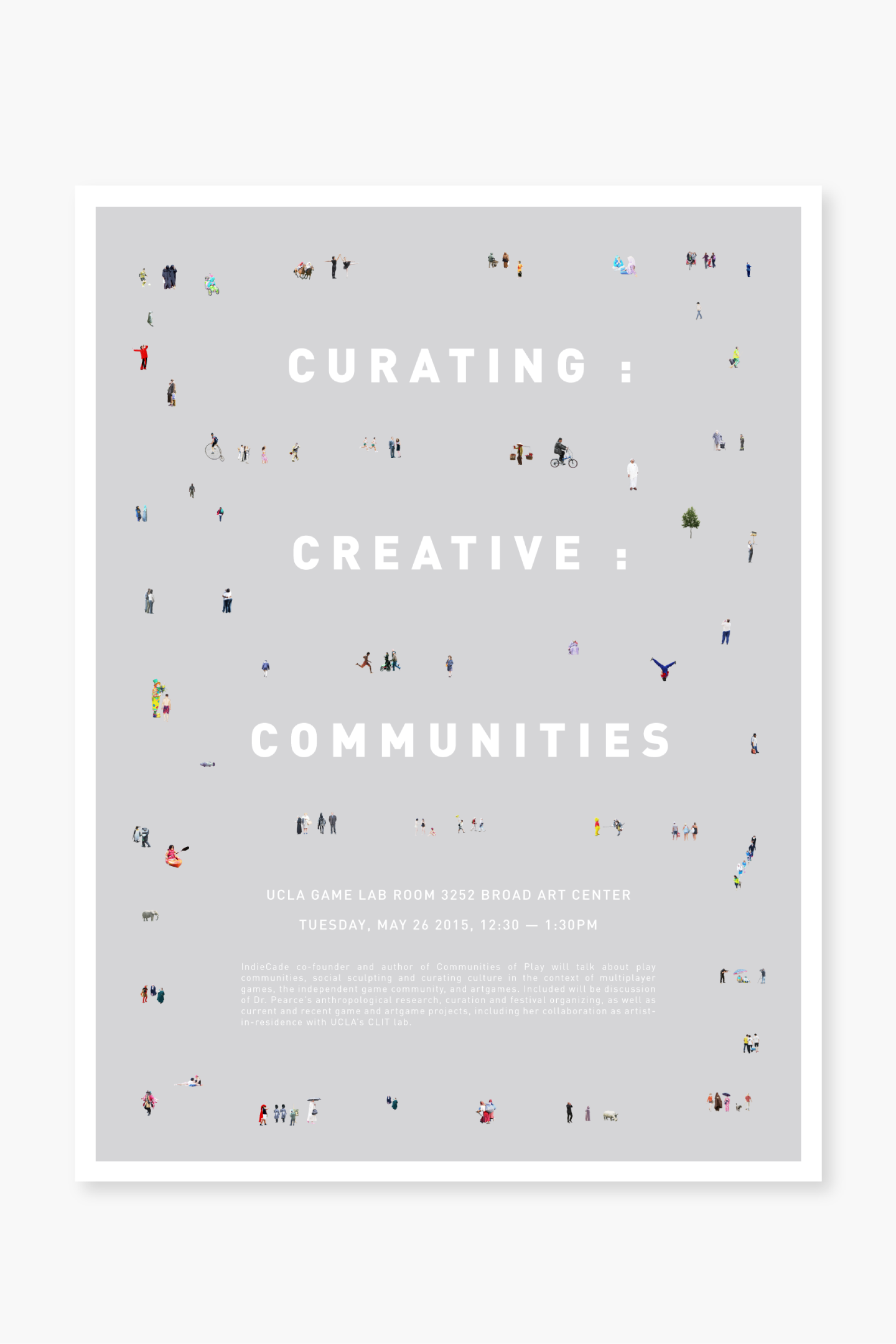 I designed a variety of graphics and motion material for the UCLA GameLab, an experimental studio that explores new gaming methods and its relationship with technology and art. The types of projects varied from posters for game artist lectures, opening titles for various softwares, and interfaces for GameLab projects. 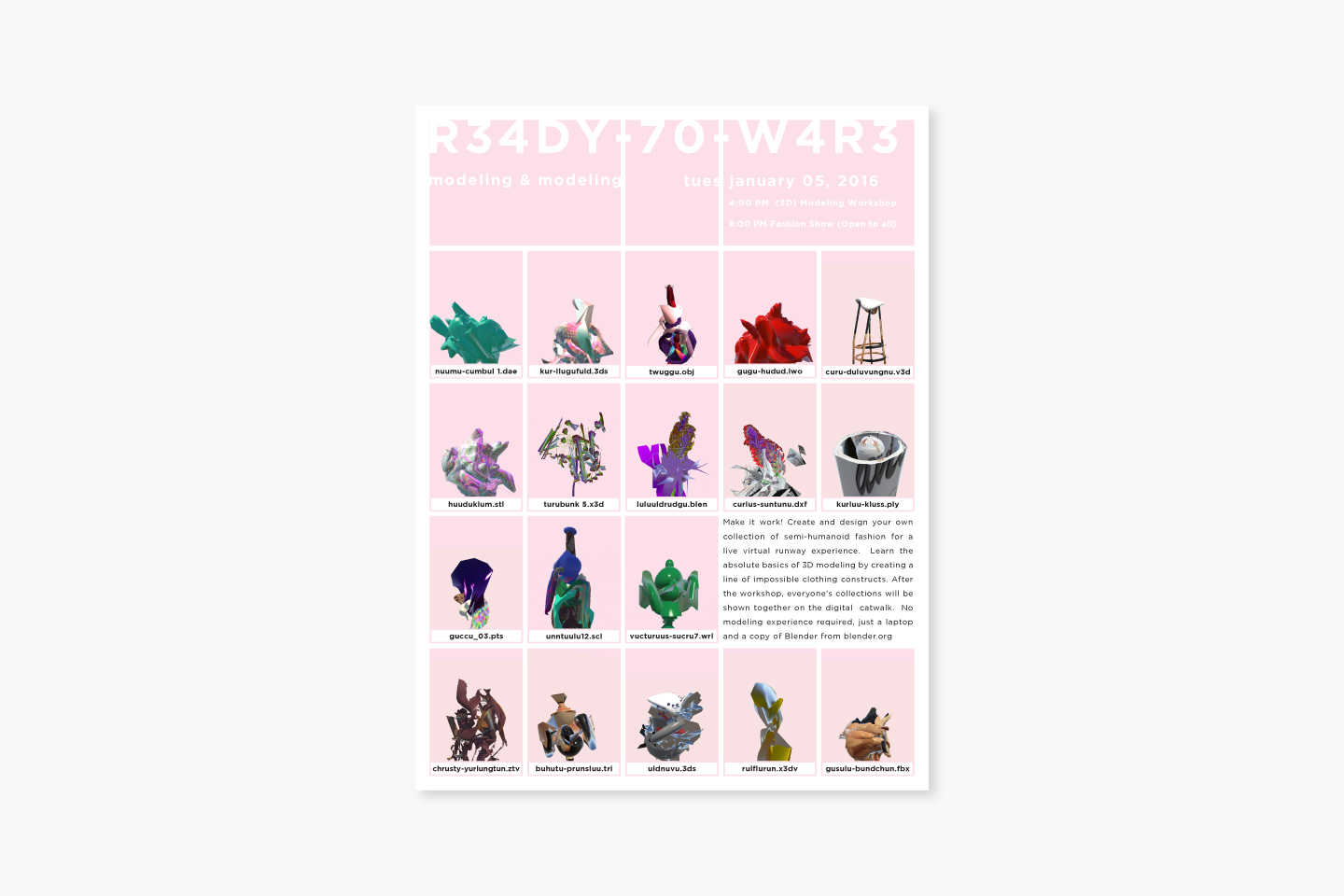 I was approached by game designers Alex Rickett and John Brumley to design a poster for their workshop "R34DY-70-W4RE". The workshop asks participants to become pseudo virtual fashion designers and model objects in blender. The resulting poster combines the look of an industrial assembly manual with "beauty pageant headshots". Each model in Blender is recognized as a "contestant" with their own name. 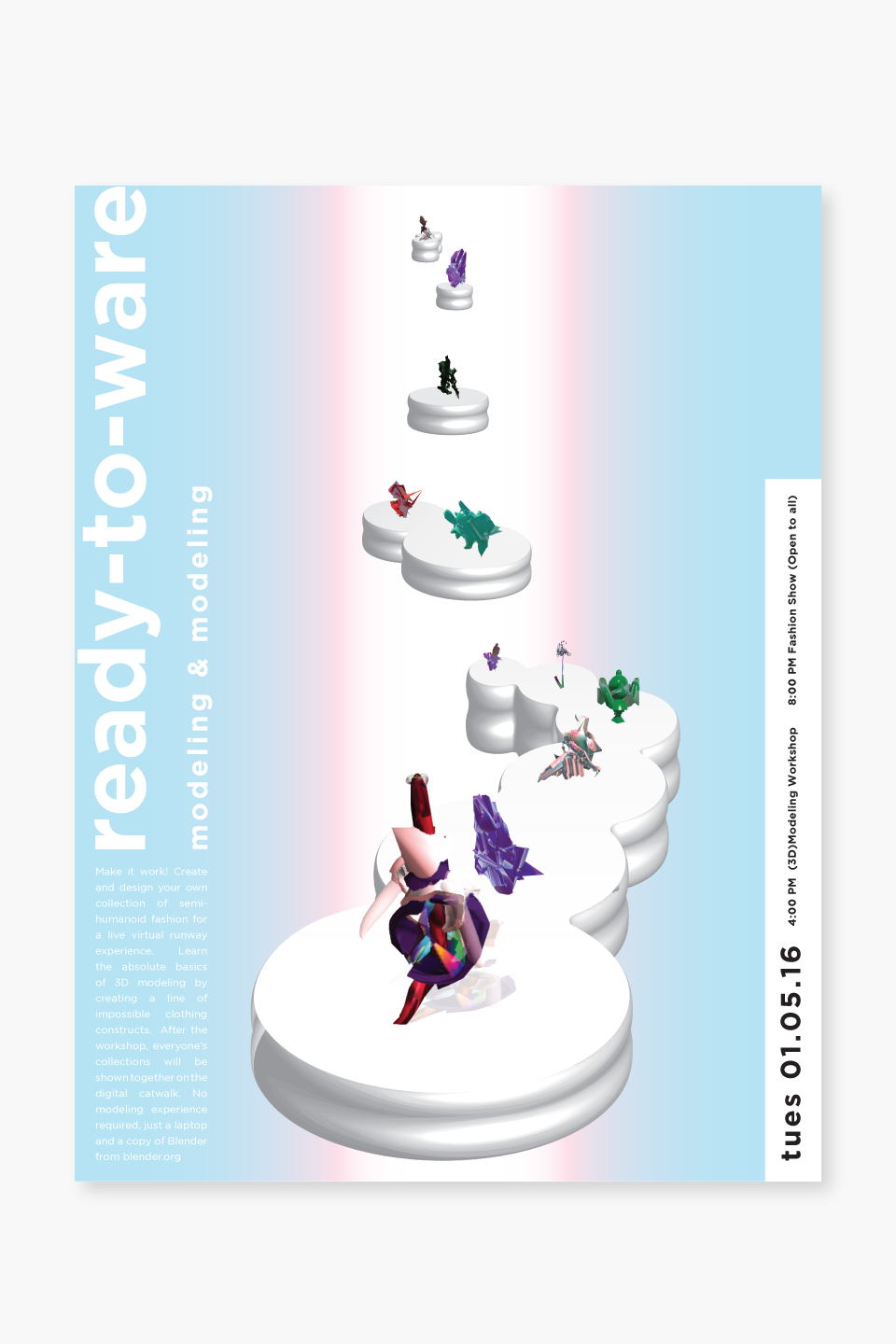 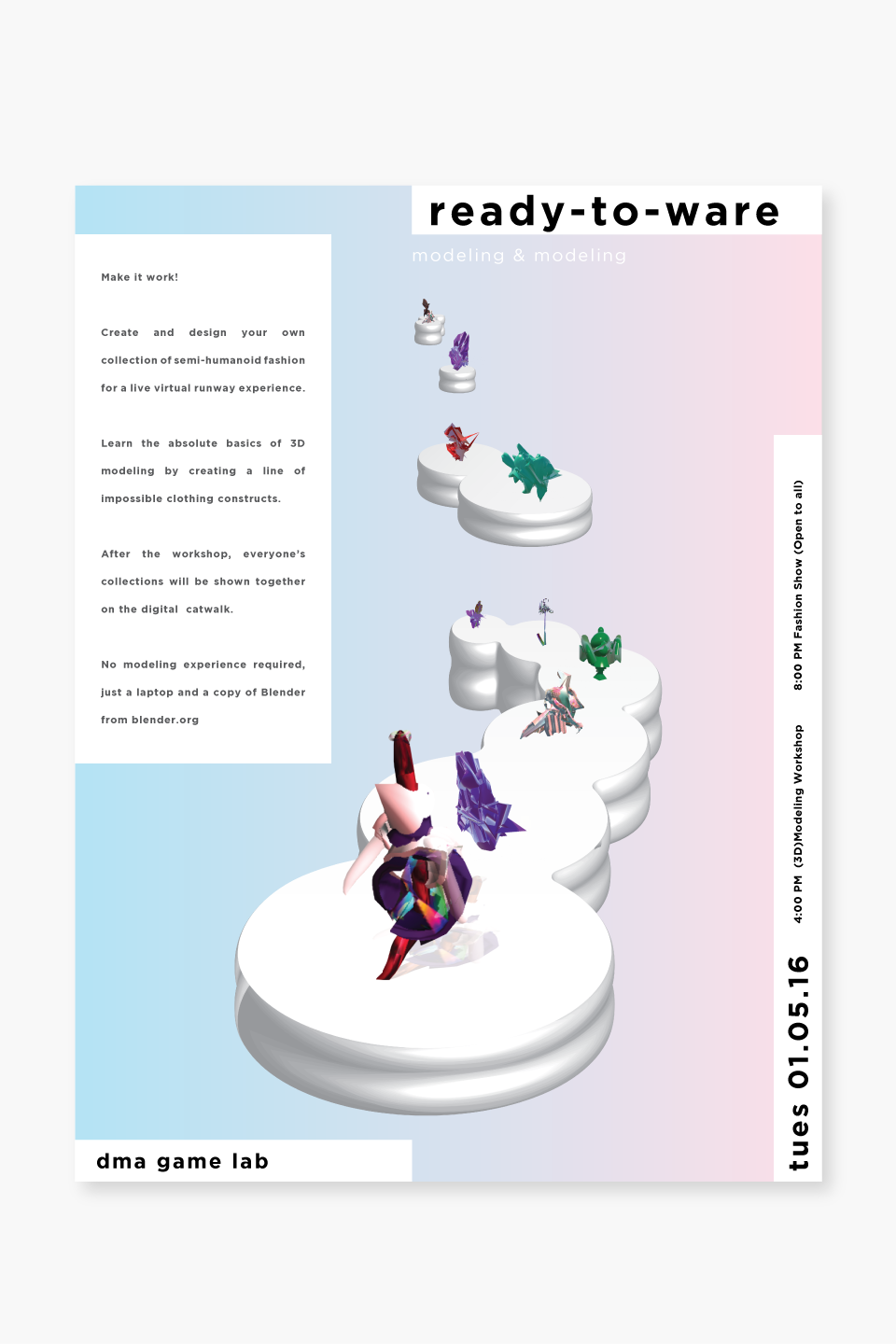 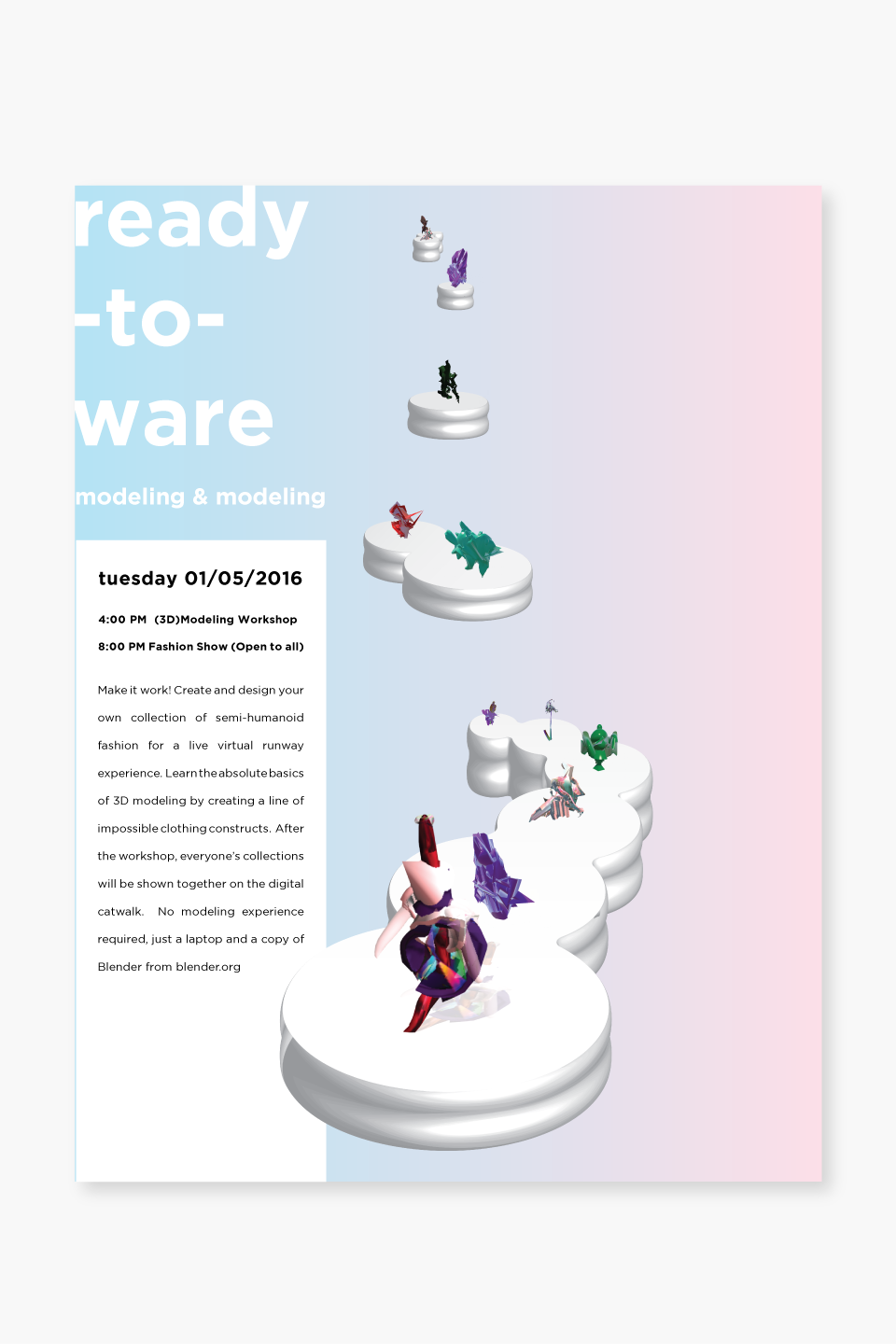 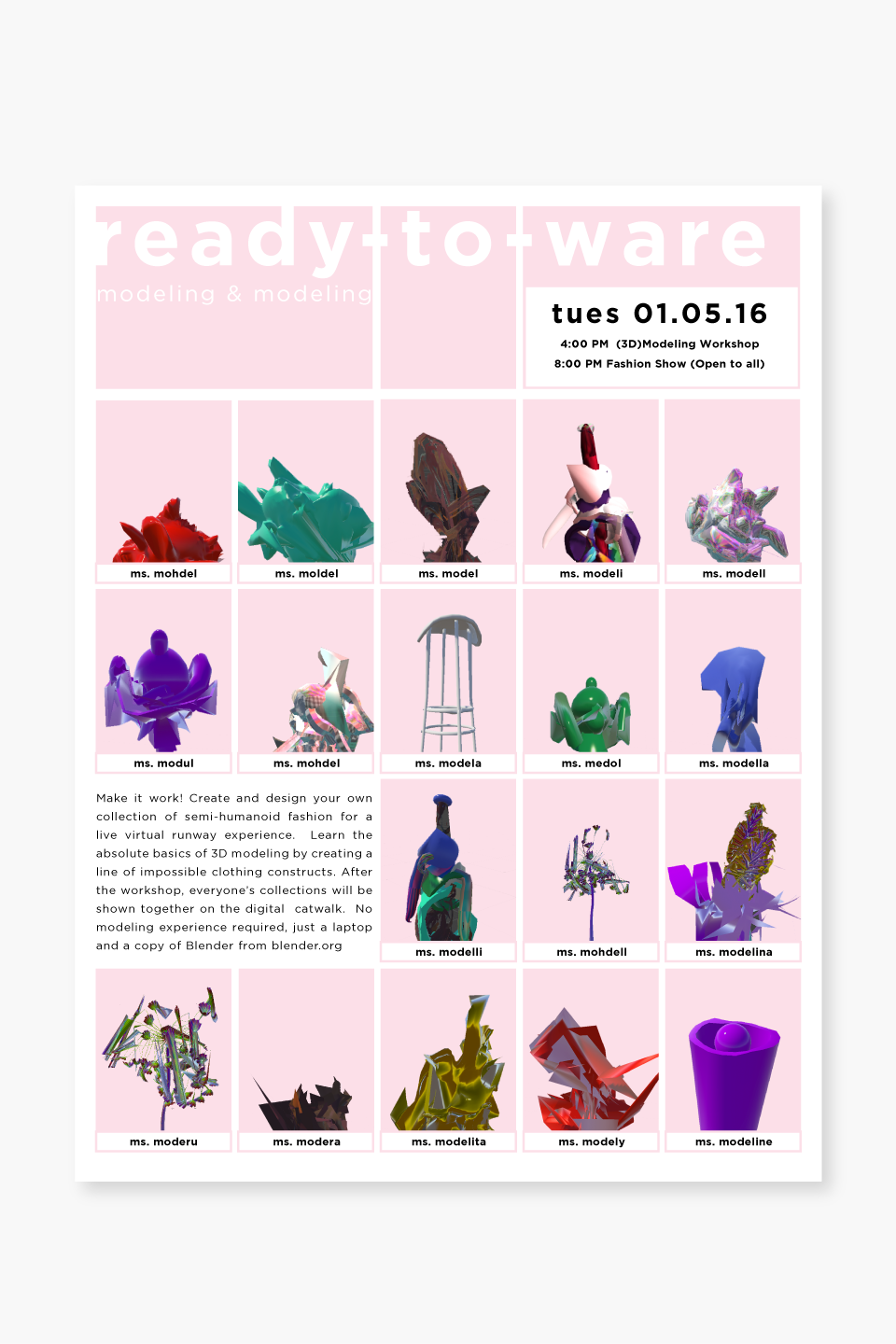 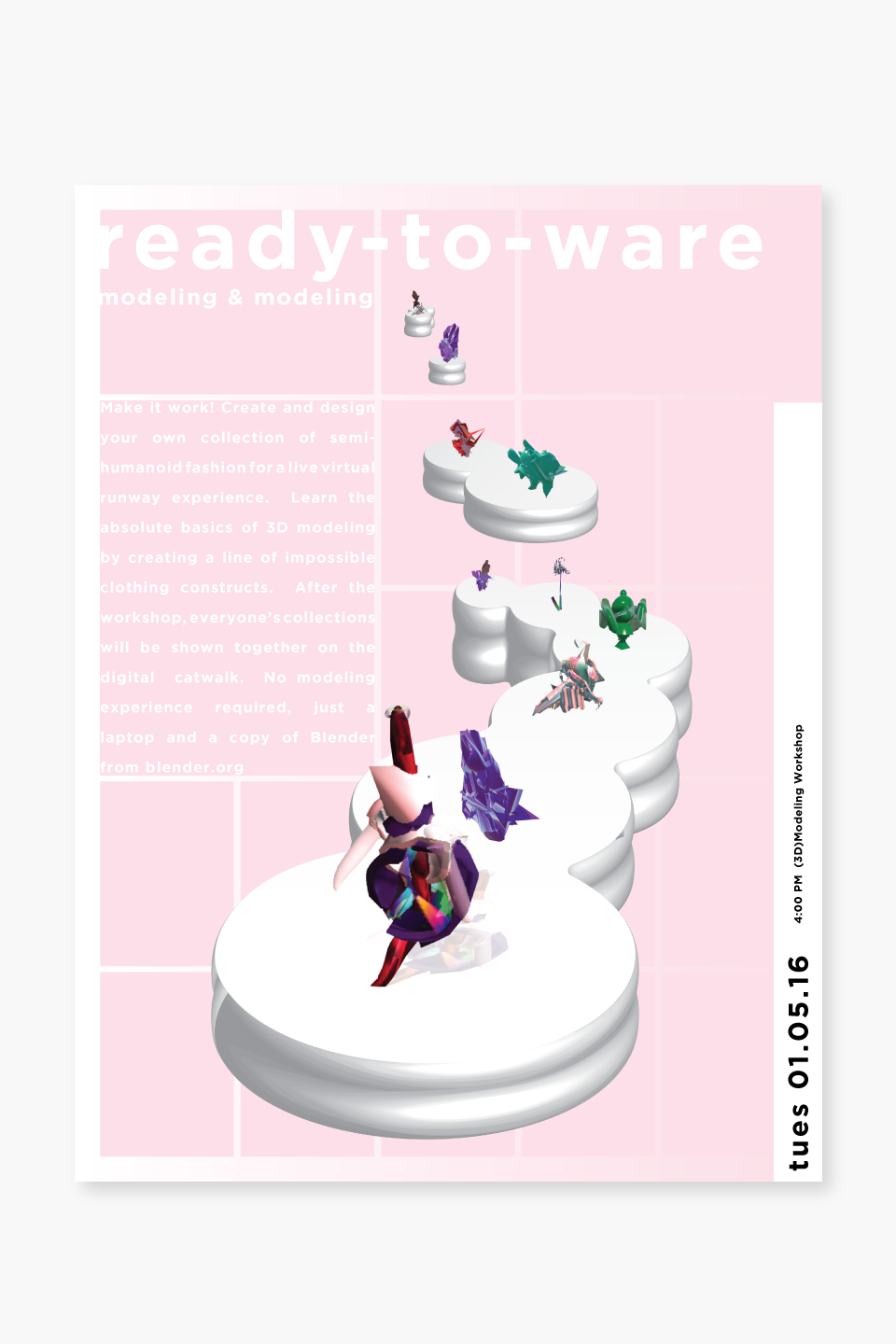 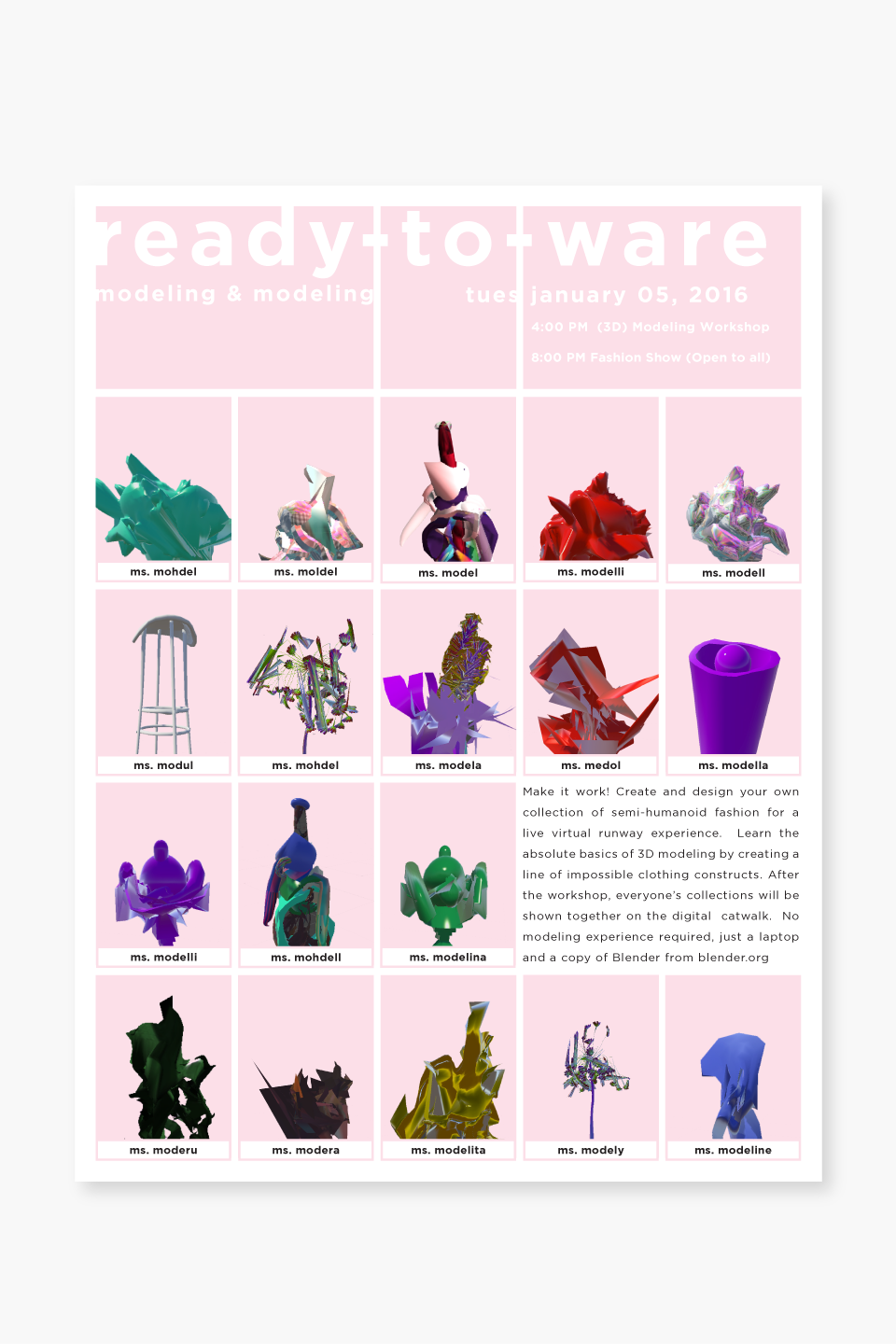 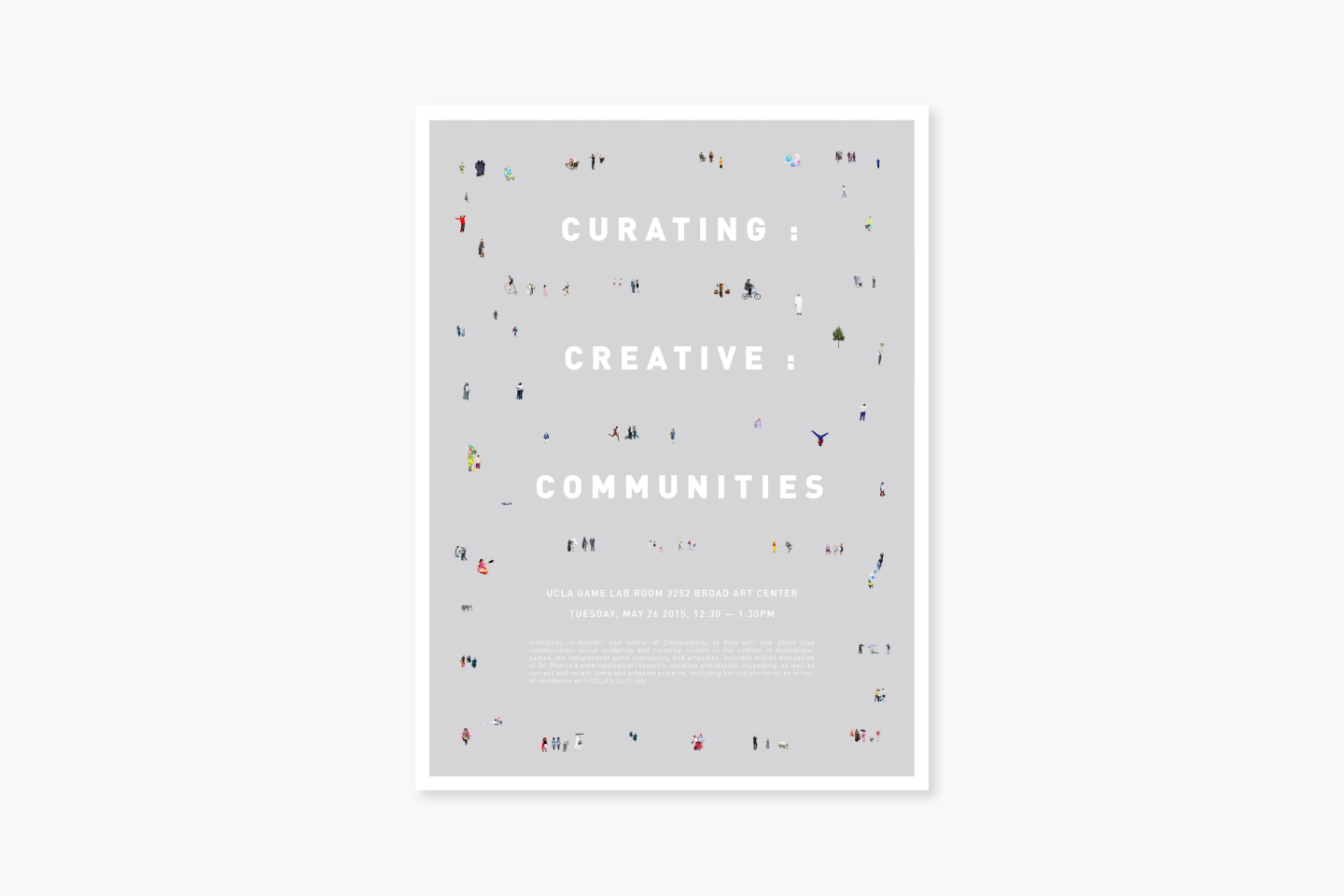 This is an event poster for Game designer and IndieCade-cofounder Dr. Celia Pearce's talk "Curating : Creative : Communities". The event is a lecture on "play communities, social sculpting, and curating culture in the context of multiplayer games". The design of the poster draws inspiration from the same idea and displays a collage of individuals engaging in conversation and play on the poster itself. 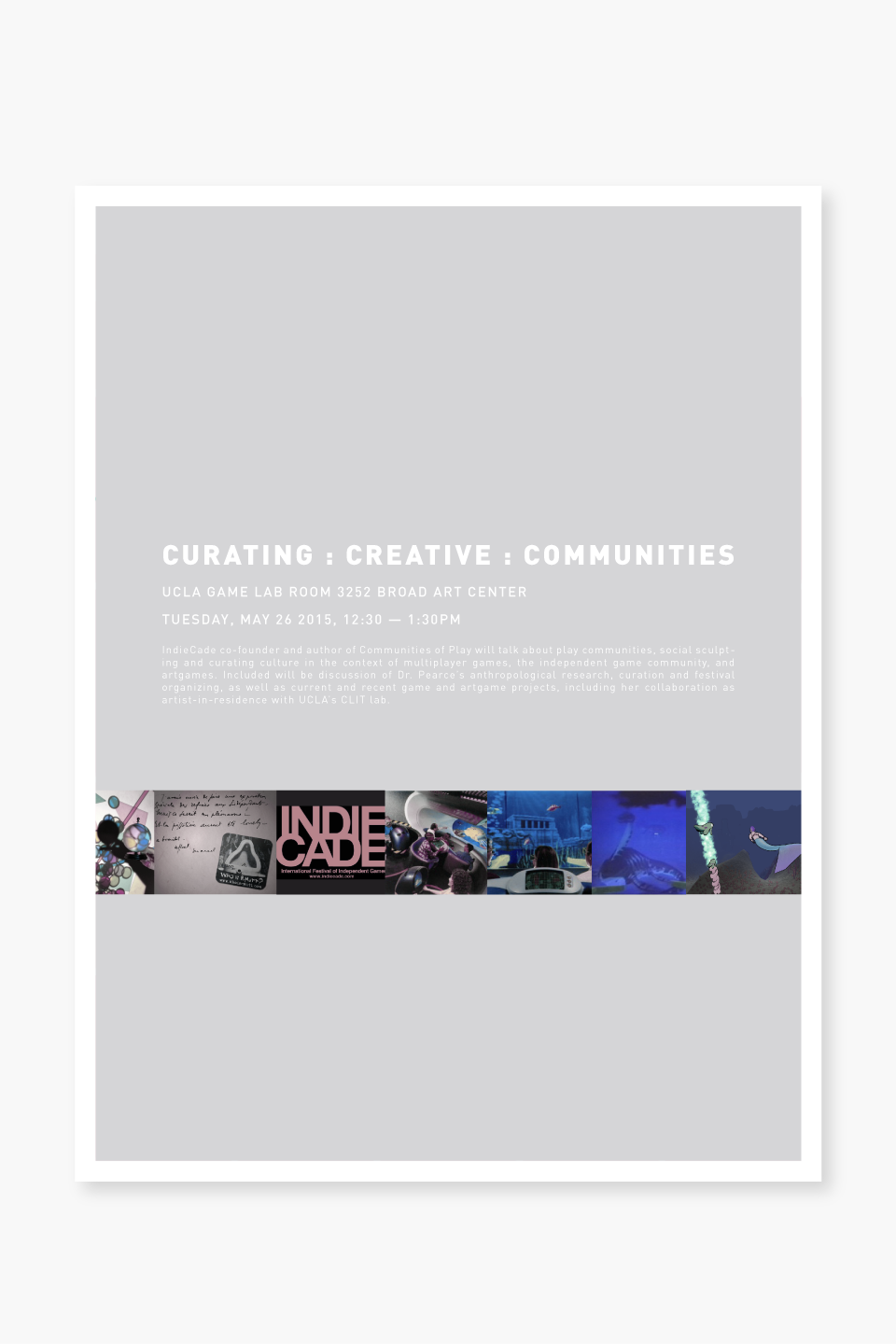 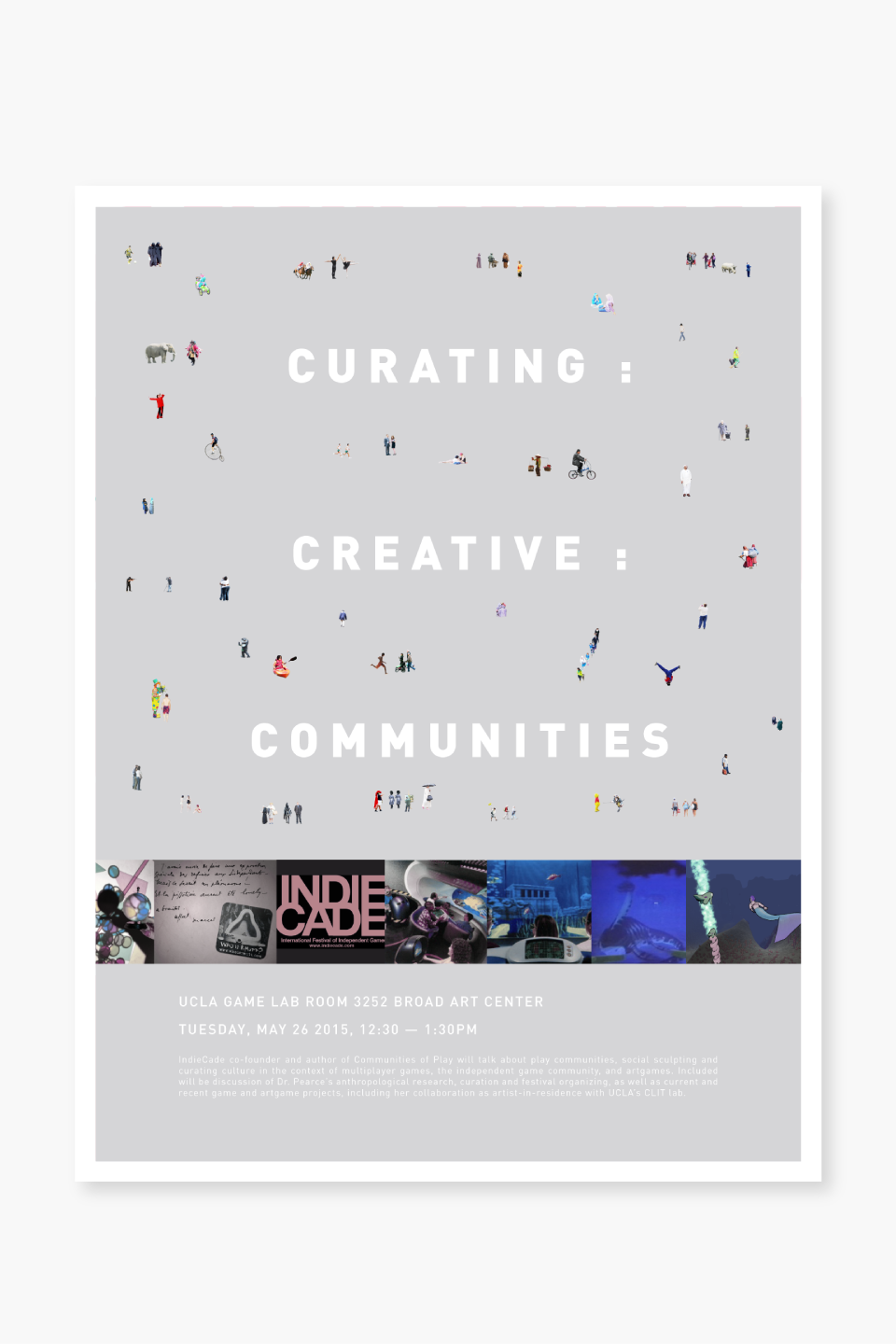 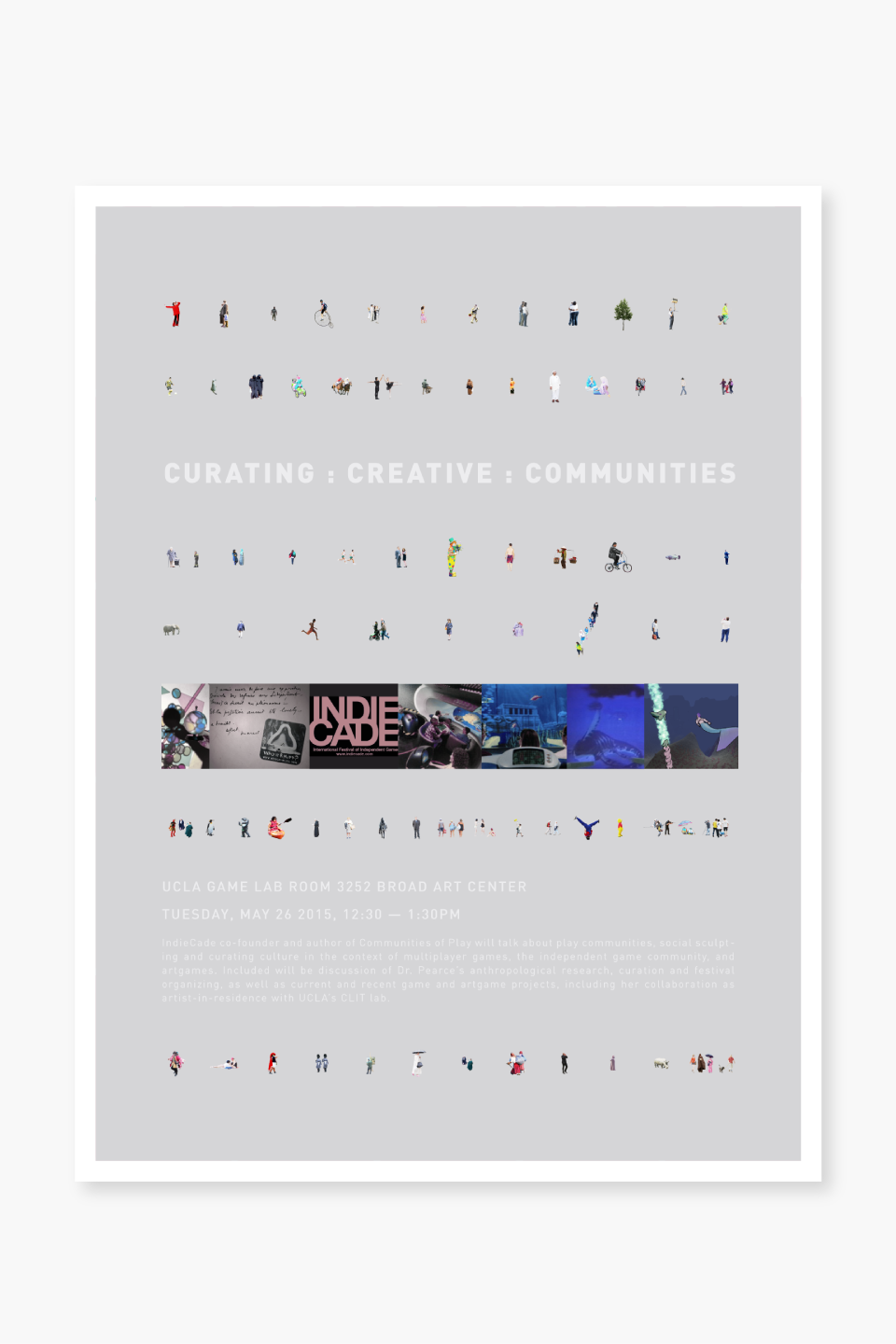 The Jeux Jeux Box is a Processing software that allows other game-developers to easily switch back and forth between games within a menu system. I created the opening title for this software. The design is inspired by traditional jukebox machines, a partially automated music-playing device, usually a coin-operated machine, that will play a patron's selection from self-contained media. 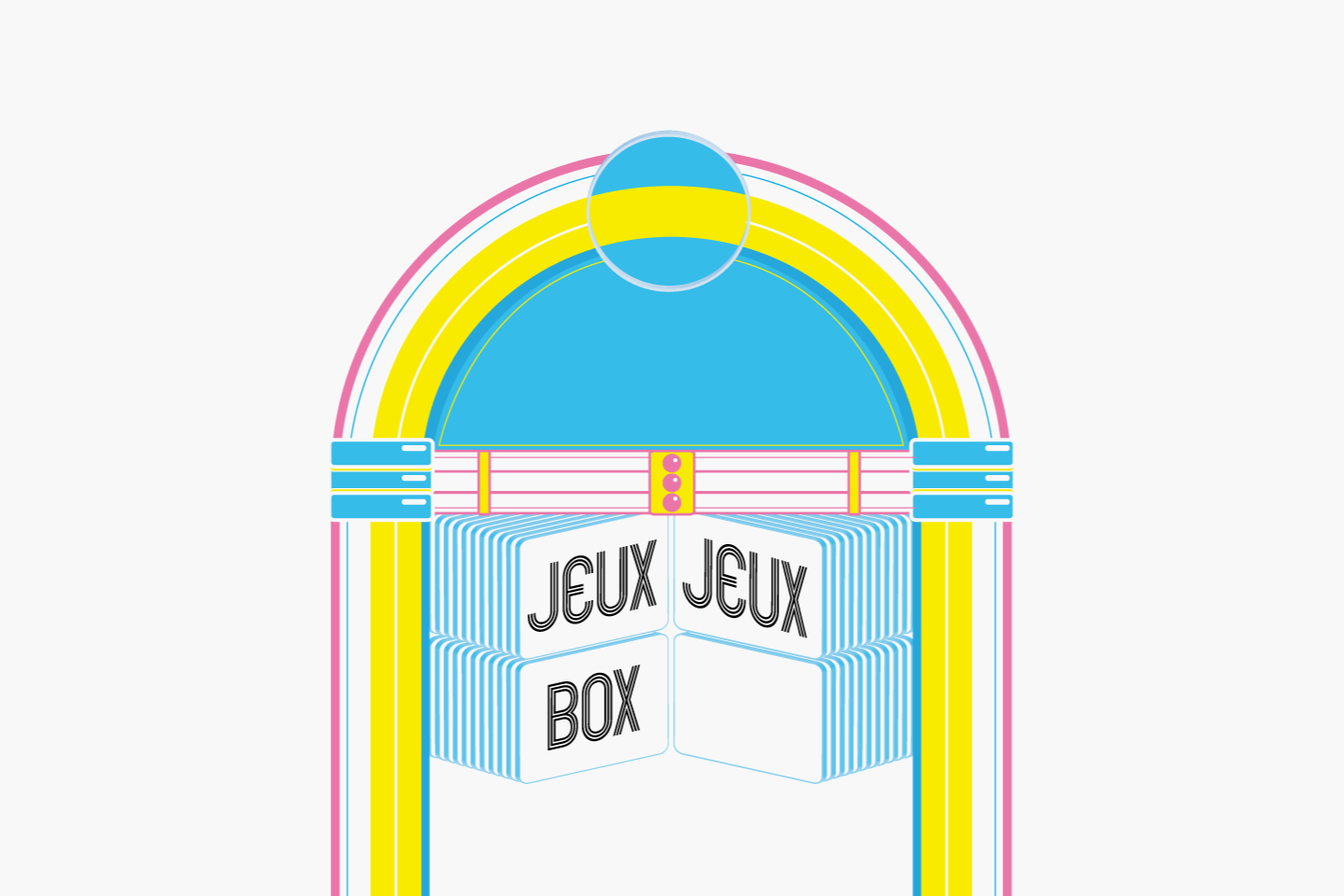 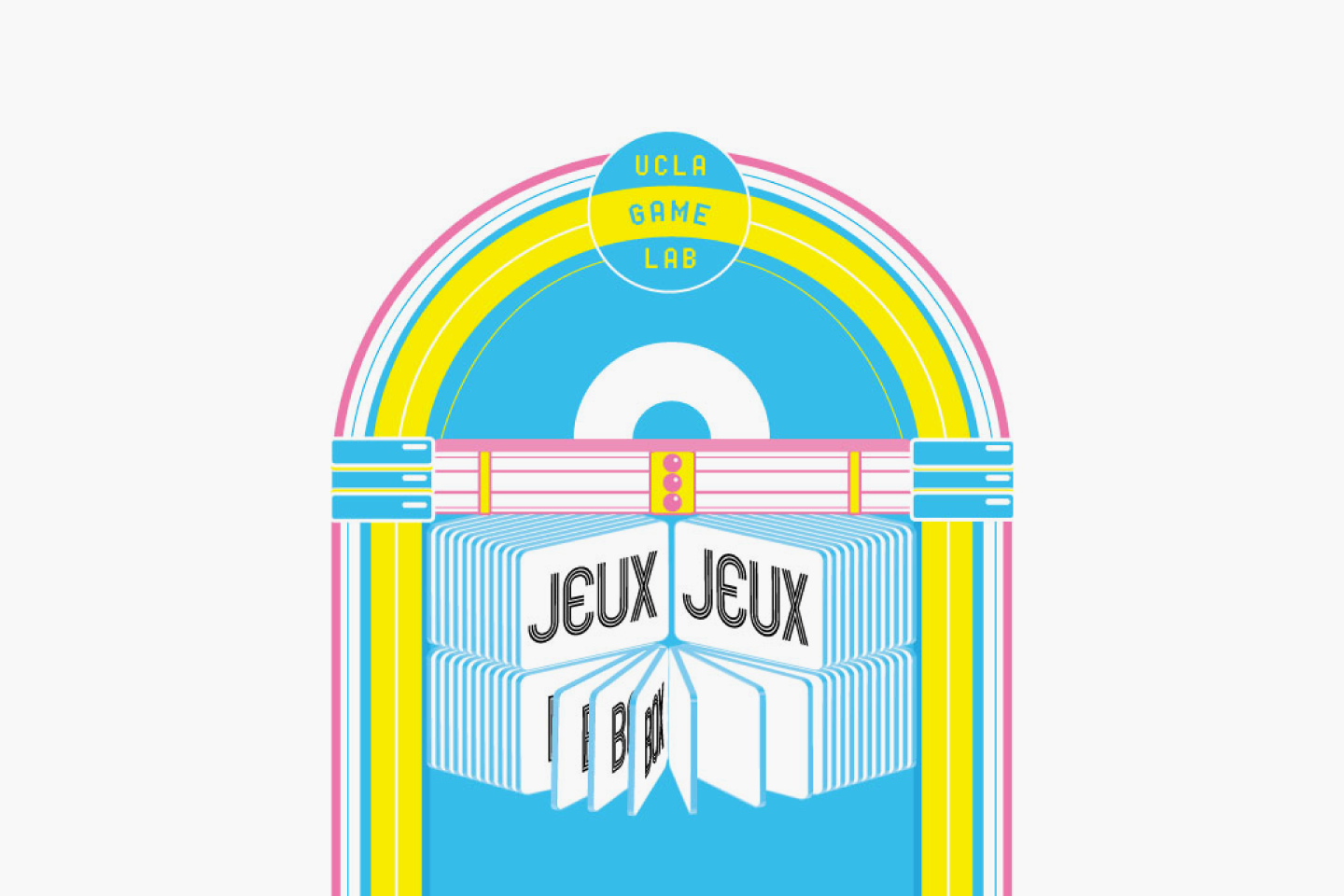 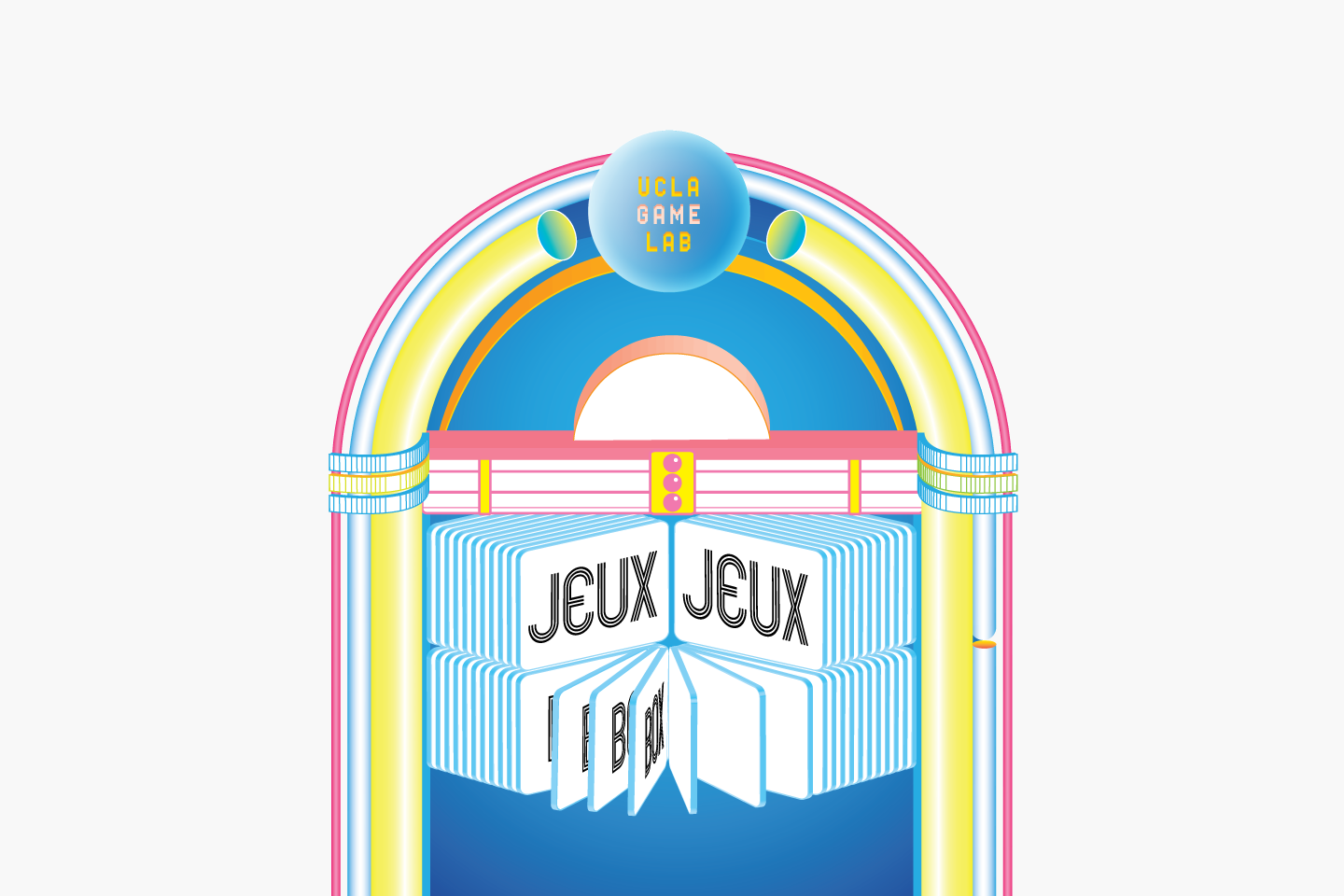 The Virtual Arcade consists of various short digital games created by GameLab residents. The arcade environment was created by Theo Triantafyllidis using the Unity platform. I helped design the interface for game preview and selection within the arcade. 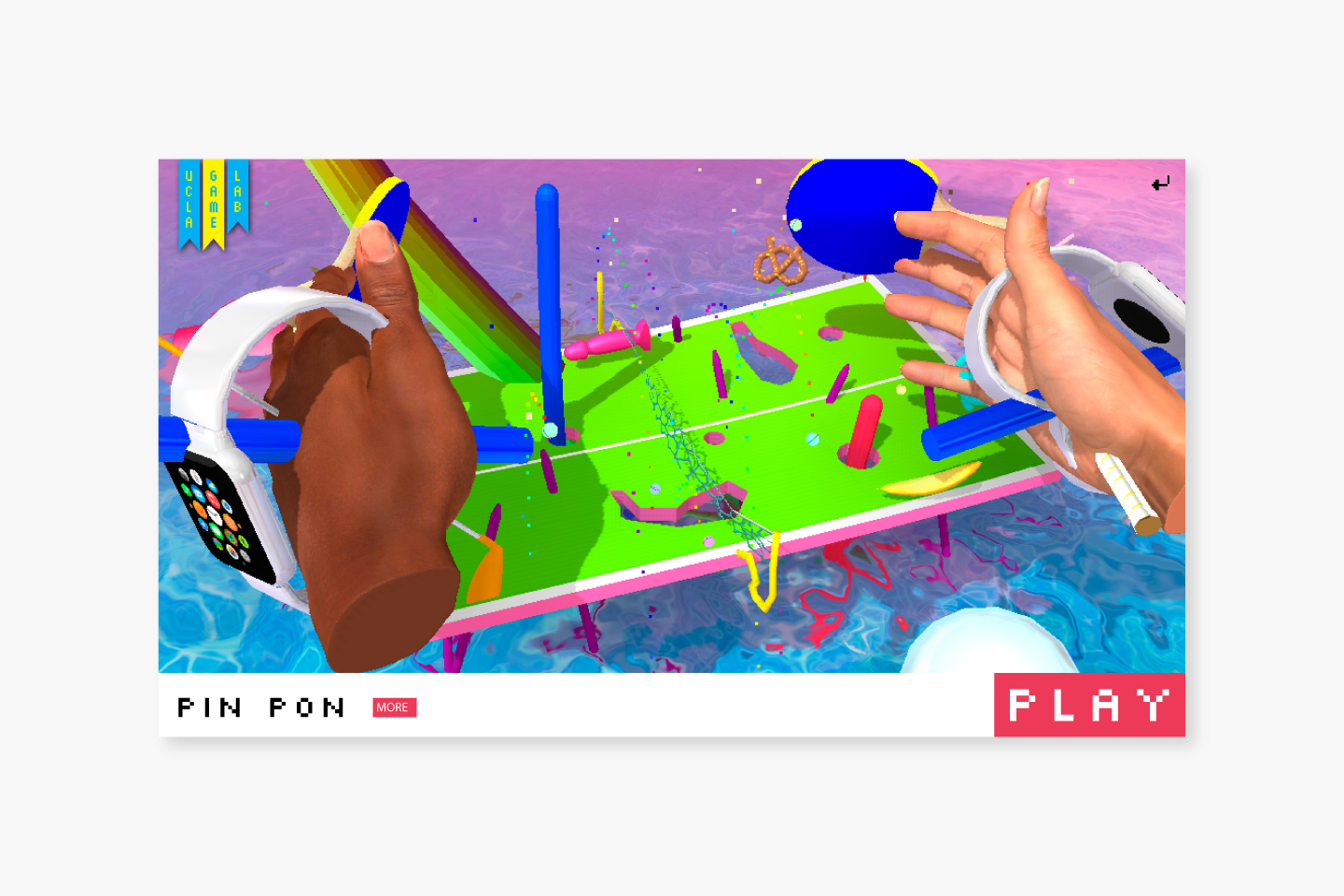 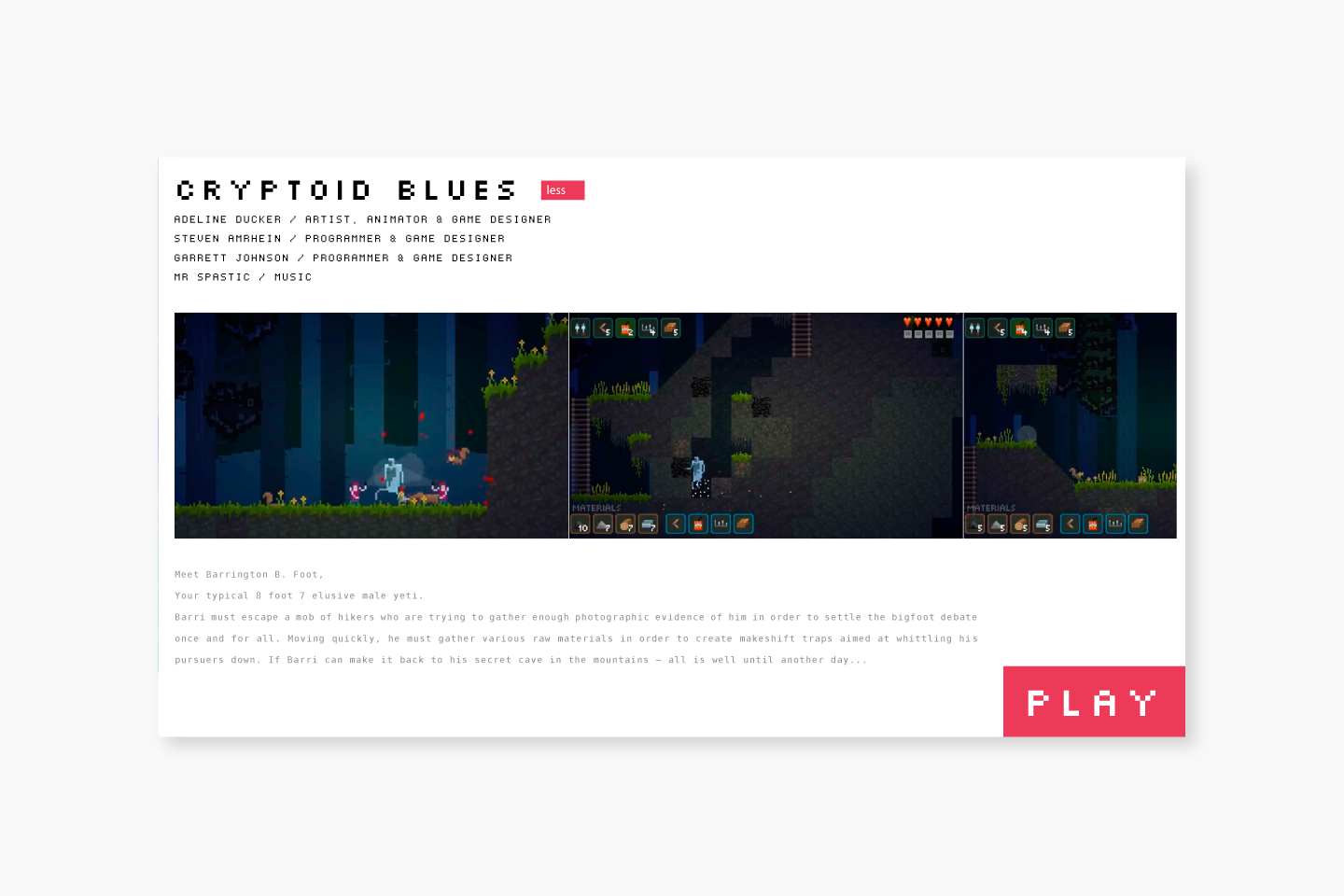 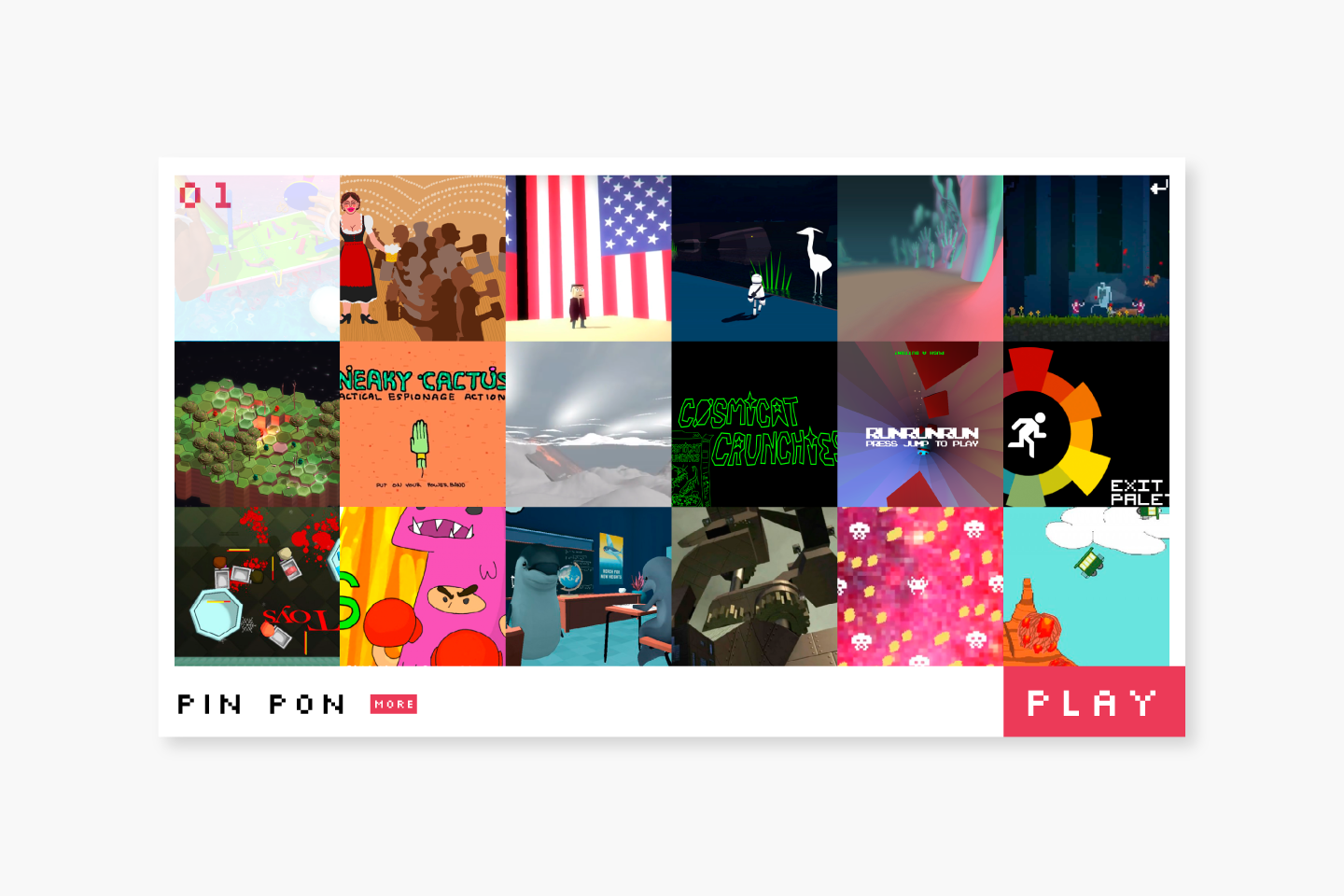 These illustrations were created for the “Teaching Games in Co-Op Mode: An Interdisciplinary Curriculum Workshop” on April 10, 2015. Hosted by the UCLA GameLab, the workshop was an exchange among game artists, designers, and scholars from United States and Canada. The cog-like illustration illustrates the exchanging ideas among those who participated, and signifies an engine for the future of game education.